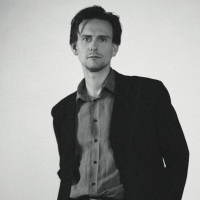 (1973-)
Website:
http://thordurm.wix.com/thordur
Associations:
Iceland Composer Society
Belonging to the younger generation of Icelandic composers, Thordur Magnusson bears the fresh and audacious qualities of his generation, whilst unafraid to maintain ties with tradition, with his Icelandic as well as international musical heritage. Magnusson feels that the word traditional is in itself too negatively connoted in the world of modern music and that many composers shy away from any association with it and with the past , in their search for something absolutely new. He however welcomes making use of tradition and believes in good craftsmanship and that conventional writing for instruments can be a springboard for truly new sounds and challenging musical experience.

Thordur Magnusson's music is a colorful palette of impressions and nuances, demonstrating new and unforeseen sides although its material stems from a simple traditional concept, such as the [Icelandic] rhyme songs. Magnusson has the rare ability to compose and arrange music with many different harmonic constructions: be it traditional, jazz or postmodern. This is clearly reflected in his music. The composer´s music attests great musical passion and integrity.

Born in Reykjavik in 1973, composer Thordur Magnusson has already established himself as a composer of great distinction in the Icelandic contemporary music scene as well as sought after freelance arranger. In 1996 he took his degree in composition and theory at the Reykjavik College of Music, where he studied under the supervision of Gudmundur Hafsteinsson. He then received a Pierre Jacquillat grant to study at the Conservatoire de Paris in 1997, mainly under the supervision of renowned composer Emmanuel Nunes. Furthermore he has participated in the Young Nordic Music Festival in Helsinki in 1995 and in Copenhagen in 1996, as well as having attended seminars and lectures with Philippe Manoury and Magnus Lindberg, among others. Since his return to Iceland, Magnusson has pursued an auspicious career as a composer, alongside which, since 2002, he has taught composition, harmony, hearing, music history and counterpoint at the Reykjavik College of Music and the Gardabaer school of Music.