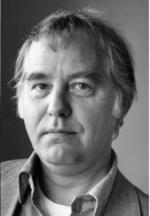 (1938-2013)
Associations:
Iceland Composer Society
Iceland Music Information Centre
Thorkell Sigurbjornsson (b.1938) studied piano at the Reykjavík College of Music, then continued his education in the United States. He attended Hamline University, Minnesote, and the University of Illinois at Urbana-Champaign, completing a master´s degree in composition in 1961 under the tutelage of Kenneth Gaburo and Lejaren Hiller. He also attended summer courses in composition at Darmstadt, Nice and Tanglewood.
He has been an active participant in Iceland´s musical scene as pianist, teacher, critic, and radio commentator. He was chairman of the Icelandic Composers´ Association from 1983-88, and also served as chairman of the League of Icelandic Artists. He was one of the leaders of Musica Nova, a group devoted to the performance of new music in Iceland, and was an influential teacher of theory and composition at the Reykjavík College of Music and the Iceland Academy of the Arts.
Thorkell is one of Iceland´s most prolific and respected composers. He is best known for his sacred choral music, but he has also written numerous orchestral works, such as Mistur (1972), Rhyme (1975), and Triphonia (1990), the oratorio Immanuel (1999), the children´s opera Apaspil (1966), The Girl in the Lighthouse (2000), the electronic works Fípur (1971) and La Jolla Good Friday (1976), concertos for flute, violin, cello, and double bass, five string quartets, orchestral works Gaits (2001) and A Little Summer Music (2006) and the chamber opera Grettir, which received its first performance in Bayreyth in 2004. Thorkell received an honourary doctorate from HamlineUniversity in 1999. He is a member of the Royal Swedish Music Academy.

Thorkell Sigurbjörnsson was born in Reykjavík in 1938. He studied the piano at the Reykjavík College of Music. Graduate studies took him to the United States, where he studied composition, first at the University of Illinois at Champaign-Urbana. Among his theachers were R.G. Harris, Kenneth Gaburo and Lejaren Hiller. Thorkell attended seminars in composition at Darmstadt in Germany and Nice, France. Thorkell Sigurbjörnsson is one of the best known and prolific of Icelandic composers today and his catalog is extensive. Besides composing, he is a theacher of therory and composition at the Reykjavík College of Music. Thorkell Sigurbjörnsson has appeared as a pianist, both in concert and in recordings. He was a music critic for the Morgunblaðið newspaper and has also been a program host the National Broadcasting Service. From 1983-88 Thorkell Sigurbjörnsson was president of the Society of Icelandic Composers. On returning from abroad in 1962, Thorkell participated in Musica Nova, a society for the promotion and perfomance of new music, and played an active role in the creation of modern Icelandic music culture. Thorkell Sigurbjörnsson´s music is extremely varied. In his extensive catalog one finds orchestral works, solo concertos, a variety of chamber works, electronic and computer music, solo pieces, chamber operas, songs and choral music,-both sacred and secular. His hymns are among his best known and most beloved works. Thorkell´s contribution to Icelandic music life is vast. This is clearly confirmed in his output of brilliant music, but also in his influence in many other ways. Since Thorkell Sigurbjörnson came home from his studies abroad, he has been the theacher of the majority of Icelandic composers and professional musicians