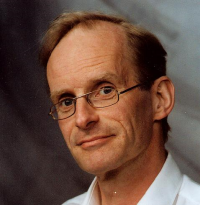 (1946-)
Associations:
Iceland Composer Society
Jónas Tómasson studied music theory with Jón Thórarinsson, and later on, counterpoint and composition with Thorkell Sigurbjörnsson (b.1938) at the Reykjavík College of Music, where he also studied the flute.
In 1969 to 1972, Tómasson studied composition with Ton de Leeuw, orchestration with Léon Orthel, and flute with Pieter Odé in Amsterdam.
Between 1973 and 1976, Tómasson taught flute, composition, and music history at the Ísafjörður School of Music, as well as directing the local chamber orchestra. In 1976-78 he studied musicology at the University of Munich.
Since 1978 Jónas Tómasson has worked as a composer, conductor and teacher in the small village of Ísafjörður (with 3500 inhabitants), Iceland. This situation has stimulated him to write for the occassions, the musicians, and the ensembles existing around him.
Jónas Tómasson´s ouvre includes well over 80 compositions: chamber music, solo pieces, orchestral and choral works and songs.